Sometimes you’re so close to a goal you can feel it. With being a set collector it can be as close as one or two cards.

So, without much ado. Here are the 10 (or so) most wanted cards for my collection. If you have them and want to trade I’d love to hear from you so just reach out in the comments or email me trevor dot dorsay at gmail dot com

Please note they are not in any real order. 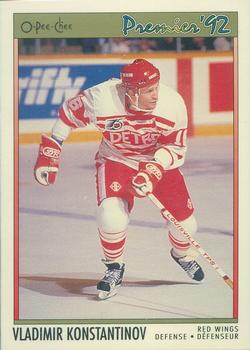 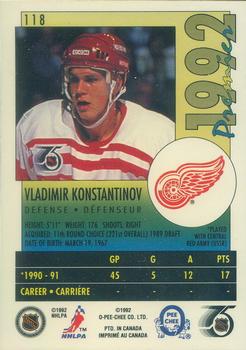 It’s Vlad on the front but an error in printing has got Lidstrom on the back. What makes this EXTRA fun is that its Konstantinov’s RC, and also Lidstroms RC year (its the back photo from his RC), so although a common corrected version is a buck or two, the variation is about 20X the cost. It’s the last card for the set I need.
(Added January 24, 2020) 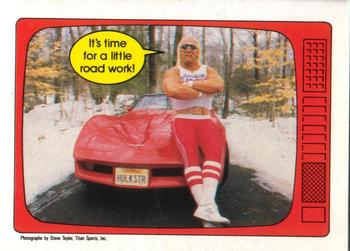 One of the final 2 cards I need for the set, this one would be the favourite as it has the Hulkster. I was way into wrestling as a kid and Brutus “The Barber” Beefcake and the Honkytonk Man did a special appearance at one of my company’s holiday theme events about 10 years ago with a wrestling exhibition. My boss was invited into the ring and even got the famous haircut from him.
The other missing card is #45
(Added September 15, 2020)

This is the first card to make the top 10 most wanted that truly is NOT an O-Pee-Chee. These were issued in the 1976-77 Topps set. O-Pee-Chee copied the style a couple seasons later with a different checklist. When I was younger I saw both of these sets floating around and was convinced that O-Pee-Chee also released them but have since accepted the fact they did not. 😦
I still am collecting the set just for nostalgia but not the Topps base set of the same year. Note: Ken Dryden is actually 1 of 2 I’m missing along with Phil Esposito #7

If you pulled this from a pack back in the day then you did good as the insert included the RC’s of Patrice Bergeron, Eric Staal, Marc-Andre Fleury and others. On the downside, if you did pull it then you probably redeemed it and don’t have one laying around to trade me. This is the base set version. There is apparently a Blue SN/500, Red SN/100 and Gold SN/50 version that will be extremely tough to track down.

Apparently someone let these slip through quality control as they should say 1-132, and 134-264 instead of the errors.